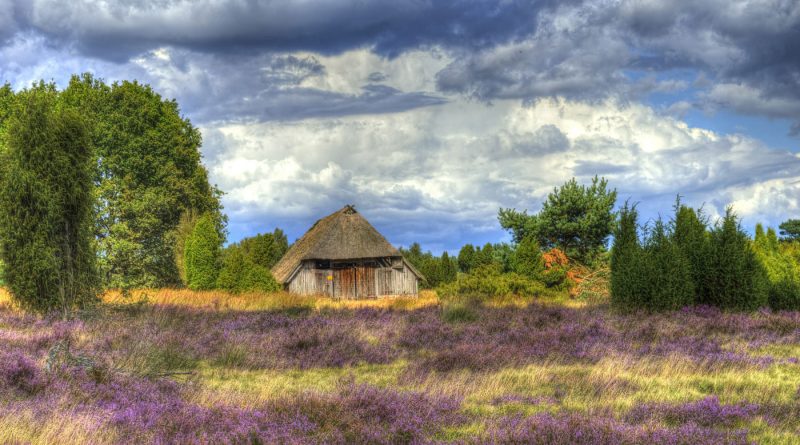 The name wrzesień September comes from wrzos heather. It’s the time when a delicate purple haze fills the view on heathland and the edges of forests from the heather flowering in September. It’s a sign of jesień autumn approaching, the time of smutek wistfulness and melancholia melancholy that lato summer is over, but it’s also the time for grzybobranie wild mushroom foraging and jam making.  Pogoda the weather is still warm and sunny although the intense heat of summer has gone. Ranki mornings and wieczory evenings are cool and everything is osnute mgłą covered in mist.

Wrzos is regarded as a plant symbolising Earth. In the language of flowers it symbolises długowieczność longevity, żywotność vitality,  równowaga duchowa spiritual balance and dochowanie tajemnicy keeping a secret. Celtowie the Celts  believed that it can bring prohetic dreams if it was put under a pillow. They may have been right as it’s now known that heather is a host to tiny fungi which has some hallucinogenic properties. 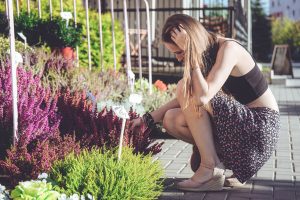 Wrzosy (plural from wrzos) come in many different colours  (in Polish they are adjectives):

liliowy lilac – the colour name comes not from lilia lily, but from a shrub called lilak pospolity commonly known in Poland as bez or lilac

Wrzosowisko heathland is loved by pszczoły bees and motyle butterflies and wrzos is also a popular garden and house plant. 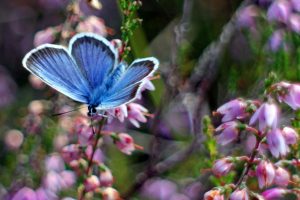 Wrzesień is the time for jam making – raspberries, apples, gooseberries and of course śliwki plums are used to make delicious jams, marmalades and preserves. The most common variety of plums is called ‘węgierka’ – it’s small and intensely sweet. 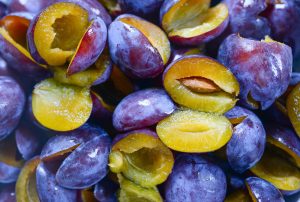 It’s perfect for making powidła śliwkowe plum butter. Delicious on rolls, bread or as a filling in doughnuts and other cakes, it’s a very smooth preserve (hence the reference to butter). 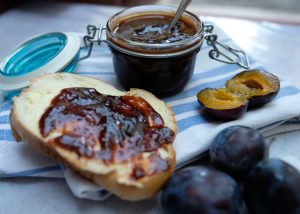 Wrzesień is also a perfect time for grzybobranie mushroom foraging – it often rains at night but days are still warm, which are perfect conditions for grzyby mushrooms to grow. If you travel through forested areas in Poland you can see a lot of cars parked on verges – a sure sign that mushroom pickers are hard at work. Wicker baskets at the ready for collecting: 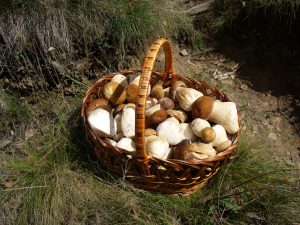 The best time to pick mushrooms is at dawn. However, it cannot be stressed strongly enough that you must be extremely careful when foraging for mushrooms – if you are not an expert it’s easy to pick up specimens which are poisonous!

Grzybobranie is one of the most popular pastimes in Poland. About 30% of the territory of Poland is covered by forests so no wonder that fruits of the forest are an important part of Polish culture and cuisine. Mushrooms have been picked and eaten in Poland since the early Middle Ages, but became very popular among Polish szlachta gentry in 18th century when botanical knowledge about edible mushrooms was expanded and published in guides to mushroom picking.

In fact, grzybobranie was so important in Polish culture that it was beautifully portrayed in one of the most important works of Polish literature, epic poem Pan Tadeusz by Adam Mickiewicz.

Research recipes to find out how mushrooms are used in Polish cuisine.

Why not try powidła śliwkowe plum butter – it is readily available in your local Polish delicatessen.

Find out more about Pan Tadeusz and its author – Adam Mickiewicz. 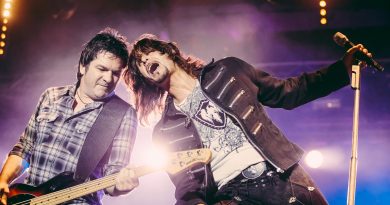 What’s in a song? 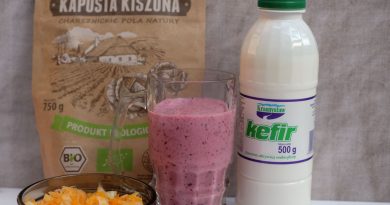 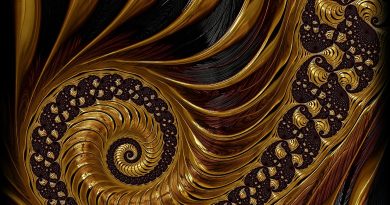