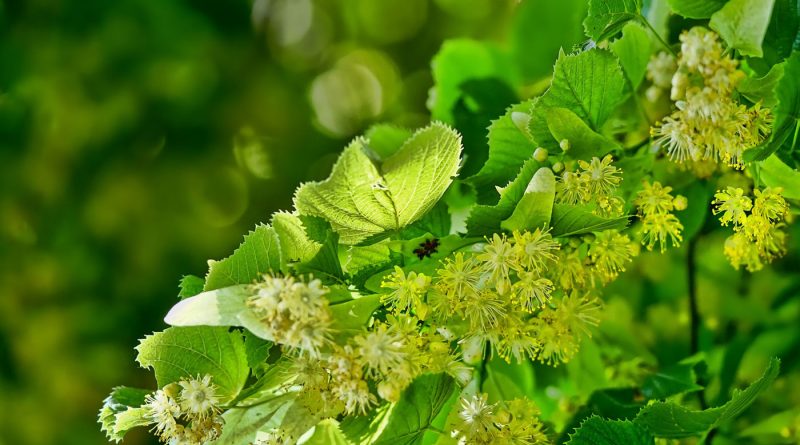 Lipiec July is the hottest month of the year in Poland. Its name is derived from lipa the linden or lime tree which flowers in July.  The intoxicating fragrance of lime tree blossom means it is the favourite with bees.  Miód lipowy lime tree honey is one of the most popular types of honey in Poland. Homer called honey nektar bogów the nectar of gods. This reference to nekatar bogów is particularly appropriate for lime tree honey, as limes were regarded as sacred trees by the ancient Slavs (as well as the Romans who associated it with Venus). 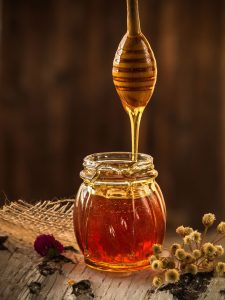 It was believed that the trees were inhabited by gods, and therefore it was safe to seek shelter under lipa during thunderstorms as lightning would not strike the tree. In the Christian tradition there is a strong association of lipa with the Virgin Mary and many wayside shrines are erected under lime trees.

Because of its sacred links, lipa was always associated with płodność fertility, wierność fidelity, miłość love and sprawiedliwość justice.  In Poland there has been a centuries old tradition of planting lipy (plural of lipa) close to manor houses to mark important weddings and the birth of children. Hence, the more lime trees around the house, the more stable, happy and prosperous the family was.

But it wasn’t just families who kept that tradition.  Whole communities as well as the entire nation used to plant lipy, often creating aleje lipowe lime tree avenues, to commemorate important events.  One of the best examples of this tradition are lipy Sobieskiego Sobieski lime trees, planted in the region of Górny Śląsk Upper Silesia, either by the King Jan III Sobieski himself or by others to commemmorate his famous victory over the Ottoman Empire in 1683 during the battle of Vienna.

Drewno lipowe lime tree wood has always been praised for its quality. It’s soft and ideal for snycerstwo woodcarving and making musical instruments.  It was widely used as a building material, especially for churches. It is the mixture of incense and the natural scent of lime wood that gives out that wonderful fragrance in old wooden churches. Lime wood was also used to make the traditional kołyska cradle for new born babies to guard them against evil. Some of the most beautiful examples can be still seen in traditional homes of górale the highlanders in the Tatra mountains.

The magnificent altarpiece at St Mary’s church in Kraków is perhaps the best example of the lime tree wood carving.  Created by Wit Stwosz between 1477 and 1484, each figure in the central panel is carved from an individual 500 year old lime tree (which means that today the wood is over a thousand years old). 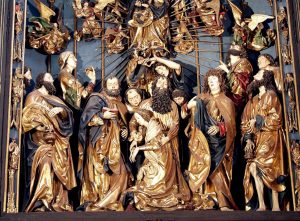 The importance of limes in Polish history and culture is also demonstrated in the geographical names of many small towns and villages such as:  Święta Lipka (with its magnificent St Marys of the Limes church), Świętolipie, Święte Lipy and Zalipie (a village famous for its painted houses). Lipnica Murowana, a village in southern Poland is where you can sample its famous Lipnicka limina lime tree tea. Flowers of lime trees are highy praised for their medicinal proporties. While the infusion was mainly used to fend off colds, the bark was popular amongst those suffering from toothache. 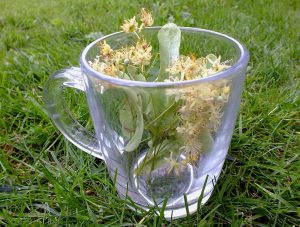 On the 5th October 2017, Poland was hit by orkan Ksawery hurricane Xavier which left a trail of devastation in its wake. Among the victims was a 520 year old lime tree in the village of Cielętniki near Częstochowa in southern Poland – the oldest recorded lime tree in Poland. For hundreds of years the tree was especially popular with pilgrims heading to the Black Madonna monastery of Jasna Góra who chewed on the tree bark because it was known to bring relief from toothache. The wood from the fallen tree will be used to carve a figure of Święta Apolonia St Apollonia, the patron saint of dentists and their patients.

Considering the importance and popularity of lime trees it is not surprising that they were celebrated in Polish literature by some of the greatest poets and writers such as Jan Kochanowski, Juliusz Słowacki, Maria Konopnicka and K.I. Gałczyński.

But lipa has its dark side. In Polish the word lipa can mean a lime tree with all its beautiful, traditional connotations but it can also colloquially mean kłamstwo a lie or oszustwo a scam/fraud.  It’s not entirly clear how this meaning of lipa found its way into the Polish language.  The most likely explanation is that it had been borrowed from the jargon of Russian criminals and card sharks during the Partitions when Russian was an official language in the part of Poland occupied by Russia. In fact, it is not a second meaning of the word for the tree species at all, but an entirely separate word which simply looks and sounds like the word for a lime tree.  You can see it more clearly by looking at adjectives related to both nouns.

The adjective related to lipa as in a scam is lipny.  For example: lipne karty fraudulent playing cards, lipne papiery fraudulent papers/documents.

If you don’t want to be a victim of a scam which one should you avoid: lipny interes or lipowy interes? 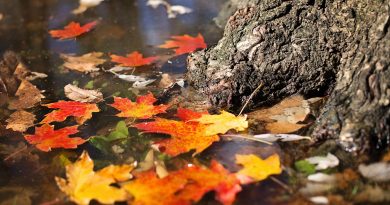 November – solemnity of death and joy of independence 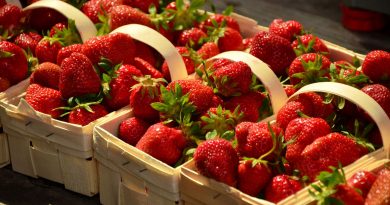 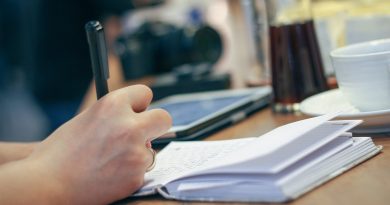