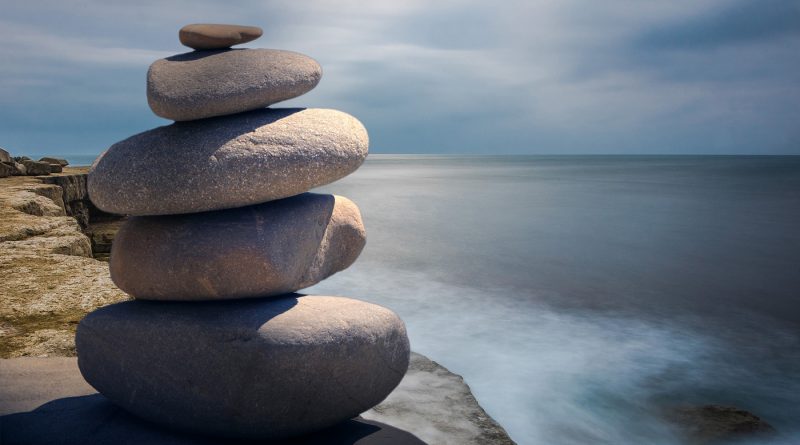 If you are a regular reader of this blog, you may recall the post about a surprising harmony and rhythm to Polish verb conjugations.  We used the quote by Confucius to illustrate the point:

In part 2 we will have a closer look at “słyszę, widzę and robię” part of the quote and how you can use it to learn about verb conjugation 4 in Polish.

According to the Present Tense Rule, all verbs in Polish in the present tense end either in –m or in –ę in the first person singular (I).  Słyszę, widzę and robię belong to the –ę group.

The good news is that conjugation 4 includes quite a large number of verbs, which means that you will able to use a lot of verbs and know (or at least make an educated guess about) the correct endings. However, the next question is, how to organize these verbs to make learning them easier.

I’ve mentioned chunking – a very useful way to divide a long list or a large part of material into smaller, logically organized parts or chunks.  In the case of verbs belonging to conjugation 4, it’s useful to know that many of the verbs refer to expressing emotions (doubting, worrying, surprising) as well as hearing, seeing, doing (as in the quote), learning, thinking, debating and speaking. It does not exhaust the list but it’s a good start.

You can further divide the verbs into smaller chunks according to the endings of verbs in the infinitive:

It’s important to visualise verbs, so why not create 3 stories (combine –eć and –ać groups into one story) in which you can use a lot of verbs belonging to each chunk.

For example, for the –ić group, imagine…

You are reading a morning newspaper. You are shocked to learn that there was a robbery at a famous gallery.  Among many valuable paintings stolen during the heist is one of your favourite pictures. You like (lubię) visiting the gallery and looking at the masterpiece so you are worried (martwię się) about the theft. You are not surprised (nie dziwię się) that the heist took place. The more you think about the robbery the more angry you get because you doubt (wątpię) that the security measures in the gallery were adequate. You visited the gallery in the last few days and saw a number of suspicious people and activities and would like to help the detectives. You are making (robię) notes about your observations from the visit. Later that day you phone the Police and ask (proszę) to speak to the Chief Inspector. 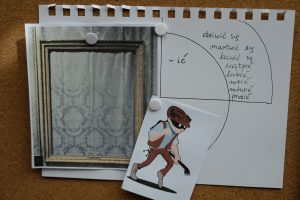 For the –yć group why not base your story around two words – leczyć and liczyć – they may appear confusing as there is only a one letter difference between them so think about ‘counting (liczyć) on a successful medical treatment (leczyć)’.

Making your own infographics is very helpful, as is making drawings, sketches or collages about the stories. 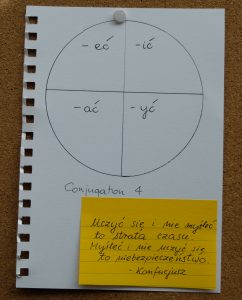 You can also use another quote by Confucius in learning about conjugation 4.

Translate the quote first and then learn it by heart.

If the word niebezpieczeństwo looks a bit daunting remember the pronunciation trick about dividing the word into smaller chunks and try to read it from the end.

bes-pie-tcheni-stfo (at this point the word you are pronouncing is bezpieczeństwo and it means: security/ safety) 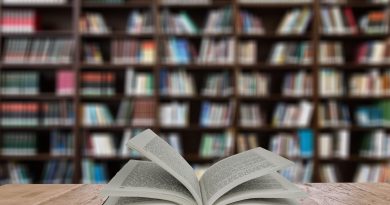 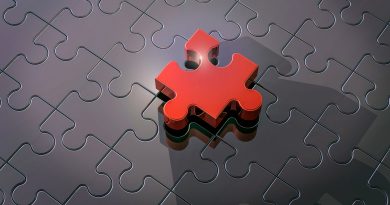 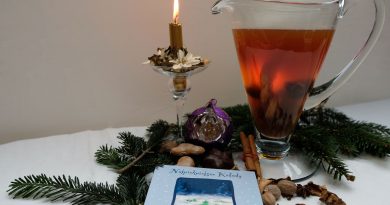 The scent and sound of Christmas in Poland